An evening exploring how video games are sparking curiosity for the natural world – hosted by the Center for Creative Conservation at the University of Washington. We plan to host EarthGames on Tap annually in the spring: email earthgamesUW@gmail.com to join the mailing list, and join our Facebook group to stay in touch and grow the community.

This year we are teaming up with the Seattle Indies meet-up group, the Seattle Serious and Social impact Games meet-up group, and the Pacific Science Center to put on a weekend game jam focused on an environmental theme. The jam will be preceded by informative mixers where game developers and researchers can meet and learn from each other about what makes a good “earthgame.” More info coming soon!

A fun and inspiring evening salon bringing together professionals from the game development, environmental research, and education sectors to meet and catalyze new games that are good for people and the planet. This year the evening will include a showcase of games created by the EarthGames Jam (see above).

Congratulations to the winners of the inaugural EarthGames on Tap Games Showcase! Twelve stunning “earthgames” were entered into the games showcase. A panel of three judges carefully evaluated the games based on their potential to have an environmental impact and the quality of their game play. In the judges’ competition, Shelter 2 won first place and Walden won second place. In addition, audience members voted for their favorite game, and Eco won the people’s choice award. Congratulations! We hope EarthGames on Tap inspires more video games that are good for people and the planet, and we hope to see all of the participating developers, and more, at our next event. 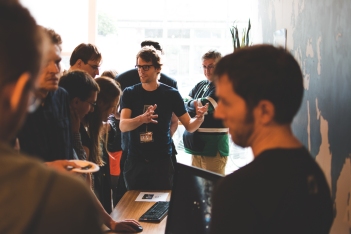 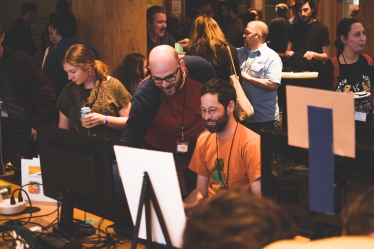 Are you a researcher intrigued by the idea of using games to promote environmental awareness but have no idea where to start? Or perhaps you’re a game developer looking to focus your skills and expertise to make a positive impact in the world?

If so, you are invited to join us for an evening of fun and inspiring discussion as researchers and video game developers unite to spark collaborations on new games for change – specifically, video games that are good for people and the planet. 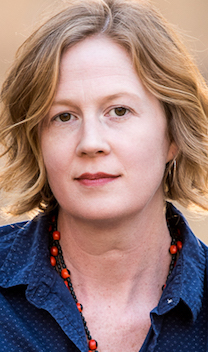 Emma Marris is a writer based in Klamath Falls, Oregon. She writes about people and the environment for National Geographic, the New York Times, Outside, Nature, and Sapiens. Her 2011 book, Rambunctious Garden, took an optimistic look at conservation in the 21st century. Marris will speak to how there’s more to nature than vast wildernesses, and there’s more ways to  connect to it than the iconic white guy with a beard alone on a mountaintop. She will lead a tour of urban wilderness, culturally constructed parks, and re-wilded Pleistocene landscapes. Then she’ll explore how people on Earth interact with these natures, and how the elite outdoor recreation ideal both obscures and discourages other relationships between humans and the rest of Earth’s species.

John Krajewski is founder and CEO of Strange Loop Games, a studio focused on evolving the classroom by connecting entertainment and educational games. His background is the console games industry, having worked at EA and Midway prior to founding Strange Loop. He is currently the designer of the US Department of Education funded ecology game ‘Eco’ and the forthcoming National Science Foundation funded ‘Exo’. After founding Strange Loop Games in 2009, he has led development on 6 titles including a suite of games for Amplify Education, and the Steam and Playstation Indie hit ‘Vessel’. 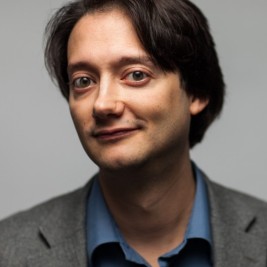 Dargan Frierson, is an Associate Professor in the Department of Atmospheric Sciences at University of Washington where he does research on the global circulation of the atmosphere.   Dargan heads up Earthgame’s videogame development program where he shares his love of science and inspires students and local developers to make games to spark curiosity in the natural world and our planet’s climate. 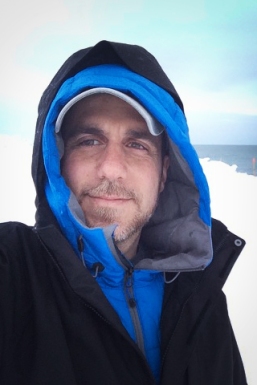 Sean Vesce, is a veteran game developer and founder of TwentyAfterOne a local game development collective.   Sean recently served as Creative Director of Never Alone, a BAFTA award winning action-adventure game built in partnership with the Iñupiat community of the North Slope of Alaska.   Never Alone was the first game designed to share and celebrate the Iñupiat’s rich cultural and mythological traditions and explored the Alaska Native Community’s deep connection and relationship to nature.    Sean passion for videogames and his curiosity about world culture led him to his current focus on “World Games” — games built in partnership with cultural communities aimed at opening up new ways of understanding how the universe is ordered and our role within it. 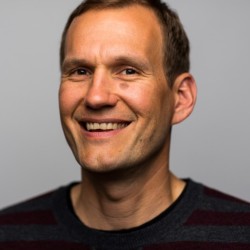 Aaron Wirsing is an ecologist who studies the ways that large carnivores can change the lives of their prey beyond simply killing and eating them. Using a combination of fieldwork and modeling techniques, and working in both terrestrial and aquatic systems, he looks at the ways that top predators, such as grey wolves and tiger sharks, can shape their communities and ecosystems through their presence alone. His suite of projects shows the benefits of what he calls an “ecology without borders” approach. By comparing the mechanisms that drive predator effects in both aquatic and terrestrial environments, he aims to show underlying similarities between two seemingly disparate systems.

Kaeli Swift, is a PhD candidate at the School of Environmental and Forest Sciences at the University of Washington.  She has been passionate about animal behavior all her life, but what started as an early love affair with wolves has turned into a fierce ardor for corvids.  Specifically, my area of research is the thanatology (the scientific study of death and the practices associated with it) of crows.

Join us and play these and other fantastic exemplars to be showcased at the Earthgames “on Tap” event!